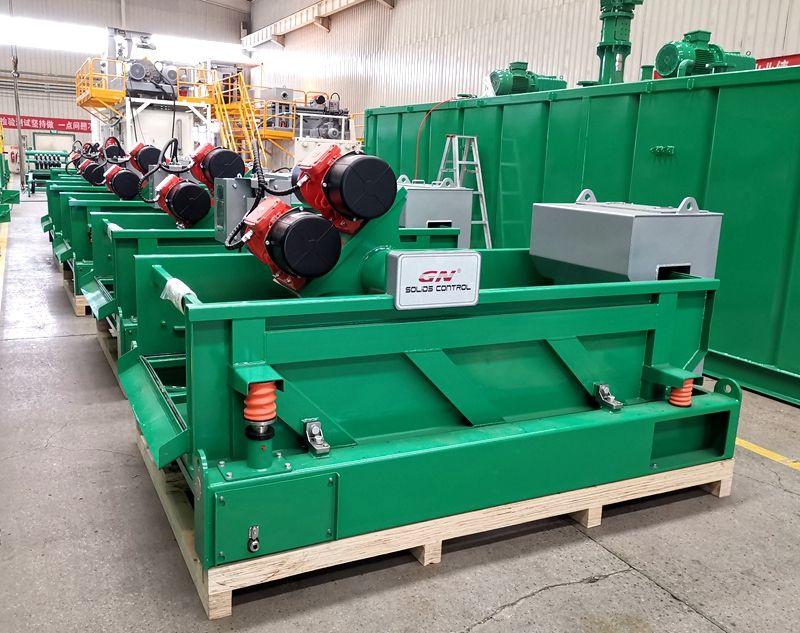 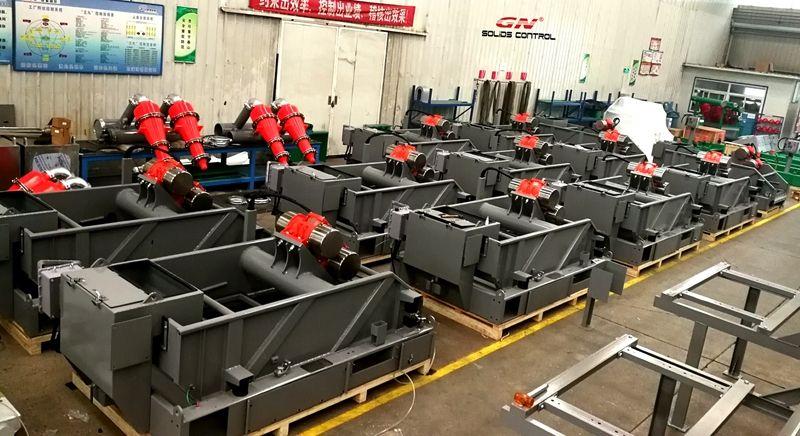 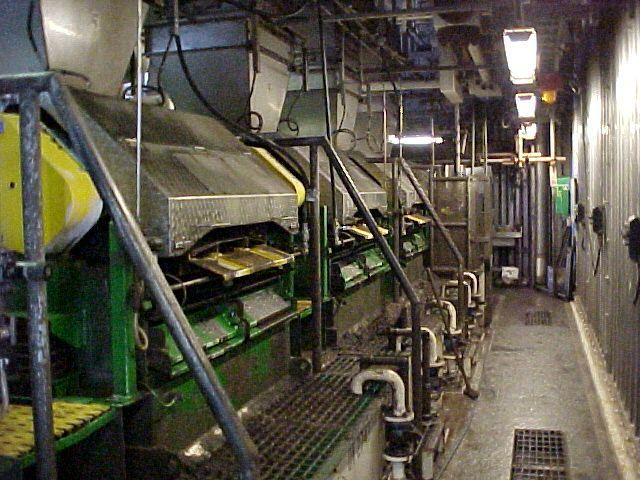 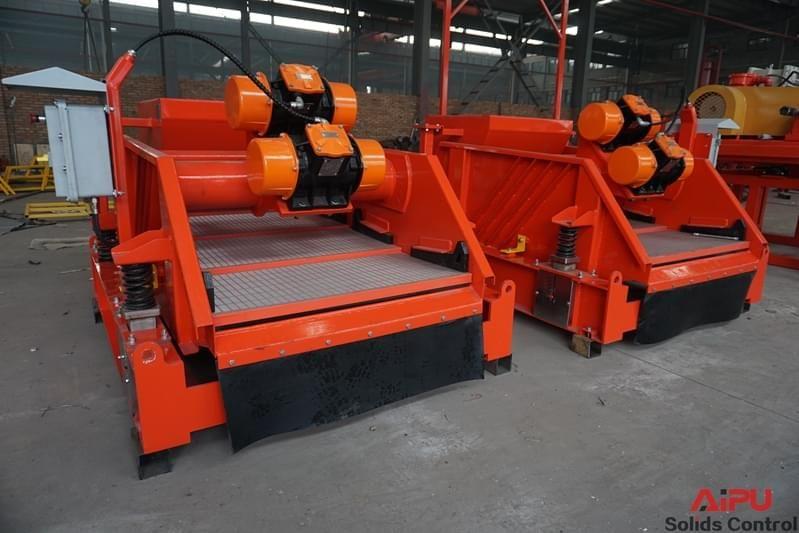 Shale shakers are components of drilling equipment used in many industries, such as coal cleaning, mining, oil and gas drilling.  They are the first phase of a solids control system on a drilling rig, and are used to remove large solids (cuttings) from the drilling fluid ("mud").

Drilling fluids are integral to the drilling process and, among other functions, serve to lubricate and cool the drill bit as well as convey the drilled cuttings away from the bore hole. These fluids are a mixture of various chemicals in a water or oil based solution and can be very expensive to make. For both environmental reasons and to reduce the cost of drilling operations, drilling fluid losses are minimized by stripping them away from the drilled cuttings before the cuttings are disposed of. This is done using a multitude of specialized machines and tanks.

Shale shakers are considered by most of the drilling industry to be the most important device in the solid control system as the performance of the successive equipment directly relates to the cleanliness of the treated drilling fluid.

Mudloggers usually go out and check the shakers for rock samples that have circulated from bottom. They separate the rock from the drilling fluid and take it into an onsite lab where they dry out the samples and label them according to depth. They then look at the samples and analyze what kind of rock they have at a certain depth. This helps determines what depth that type of rock was encountered.

Hopper - The Hopper, commonly called the "base" serves as both a platform for the shaker and collection pan for the fluid processed by the shaker screens, also known as "underflow". The hopper can be ordered according to the needs of the drilling fluid, aka "mud" system. It can come in different depths to accommodate larger quantities of drilling fluid as well as have different ports for returning the underflow to the mud system.

Feeder- The Feeder is essentially a collection pan for the drilling fluid before it is processed by the shaker, it can come in many different shapes and sizes to accommodate the needs of the mud system. The most commonly used feeder is known as the weir feeder, the drilling fluid enters the feeder usually through a pipe welded to the outside wall near the bottom of the feeder tank, it fills the feeder to a predetermined point and like water flowing over a dam the mud (drilling fluid) spills over the weir and onto the screening area of the shaker. This method of feeding the shaker is most widely used due to its ability to evenly distribute the mud along the entire width of the shaker allowing for maximum use of the shaker's screening deck area.

Some feeders can be equipped with a bypass valve at the bottom of the feeder which allows the drilling fluid to bypass the shaker basket and go directly into the hopper and back into the mud system without being processed by the shaker screens.

Basket Angling Mechanism- The shaker basket must be capable of changing its angle to accommodate various flow rates of drilling fluids and to maximize the use of the shaker bed, this is where the angling mechanism plays an important part. The drilling fluid flowing over the shaker bed is designated into two categories:

Pool: Which is the area of the screening deck that consists mostly of drilling fluid with drilled cuttings suspended within it.

Beach: Is the area where the fluid has been mostly removed from the cuttings and they begin to look like a pile of solids.

As a rule of thumb the Beach and pool are maintained at a ratio of 80% pool and 20% beach, this of course can change depending on the requirements of cutting dryness and flow rates.

Mudloggers collecting samples out of the shakers

Some shakers come with an optional third motor on the shaker bed, this motor is most often used to modify the elliptical motion of the basket making it more circular therefore "soften" the motion, but comes at a cost of decreased G's and slower conveyance of the cuttings. This motion is usually used for sticky solids.NOV Brandt VSM 300 shale shaker is the world’s first balanced elliptical motion shaker.

A shaker screen consists of the following parts:

Screen Frame - Much like a canvas for painting a screen has to be supported on a frame in order to do its job, this frame differs between manufacturers in both material and shape. Screen frames can be made from materials such as, square steel tubing, flat steel sheets, plastic type composites or they can just be supported on the ends with strips of steel (similar idea to a scroll). These frames consist of a rectangular shaped outer perimeter which is divided into small individual inner panels. These smaller panels differ in shape from manufacturer to manufacturer and have been known to come in shapes such as square, hexagonal, rectangular and even triangular.

These differing panel shapes are used in an attempt to reduce the quantity of panels on each frame but still provide maximum rigidity and support for the mesh attached to them. The purpose of reducing these panels is to maximize usable screening area as the walls of each panel get in the way of the mesh and prevent it from being used, this is known as "blanking". The non-blanked screening area of a shaker screen is widely used as a selling feature, the more screen surface you have available to work the more efficient your shaker becomes and therefore can handle a higher quantity of fluid.

Screen Mesh - Just like thread is woven together to create cloth, metal wire can be woven to create a metal cloth. Screen Mesh has evolved over many years of competitive screen manufacturing resulting in very thin yet strong cloth designed to maximize screen life and conductance as well as to provide a consistent cut point. To increase the conductance of a mesh screen you have to minimize the amount of material in the way, this is done by either reducing the wire diameter or weaving the cloth to produce rectangular openings. Rectangular openings increase the screens conductance while minimizing the effect on its cut point where as square openings provide a more consistent cut point but offer a lower conductance.

To maximize screen life most manufacturers build their screens with multiple layers of mesh over a very sturdy backing cloth to further protect the cloth against solids loading and wear. The multiple layers of mesh act as a de-blinding mechanism pushing near sized particles, which may get stuck in the openings, out of the mesh reducing blinding issues and keeping the screen surface available for use.

Binding Agent - The binding agent is the material used to bind the mesh to the screen frame, it is designed to maximize adhesion to both materials while being able to handle high heat, strong vibration, abrasive cuttings and corrosive drilling fluids.

Plastic composite screens tend not to use adhesives but rather heat the mesh and melt it into the screen frame to form a bond.

Modular Screen Technology - One of the more recent advances in oilfield screen technology has brought us the "modular panel screen". This technology is an innovative design whereby the screen surface is partitioned into grid sections of modular panels, so damaged sections can be individually repaired to prolong the screen life. Traditionally, a screen is disposed entirely when only 15% screen area is damaged, this approach wasted over 85% of non-damaged screen area as well as the frame. For oilfield activity in remote environment, the reduction to waste and logistics proved to be a significant benefit.

3D Screen Technology - this technology is a method for increasing the screening area of a shale shaker without the need to build larger machines. When seen from the side these screens look like corrugated cardboard, having a flat bottom and wave like shapes on top. These waves are designed to increase the surface area of the screen panel by building up instead of out, thereby maximizing the surface area of the screen without the need to build larger shaker screens and in turn larger, heavier and more expensive shakers.

There are many claims in regards to the reason for the improved performance of these 3D screens such as:

Increasing the screening area of each panel transfers the load across more surface area and therefore the wear tends to be decreased in comparison to other screens.

The tapered valleys, while moving under high G's, apply a compression force on the solids similar to wringing out a cloth to draw out liquid.

Increasing the surface area of the shaker allows the use of finer screens earlier in the drilling process while maintaining acceptable flow rates and penetration rate. Effectively removing harmful drilled solids before they can begin to wear out the solids control equipment.

There are many theories on screening performance that yields inconsistent results. The only way to truly gauge the performance of any screen is to try it out and collect comparative data of your own.

The causes of premature screen failure are:

Mishandling of screen panels during storage

Improper cleaning of the screens while in storage