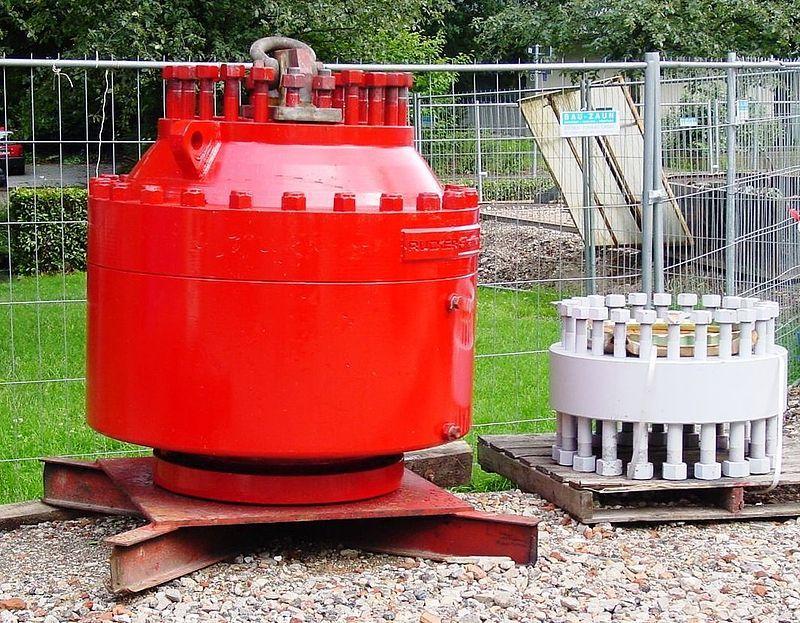 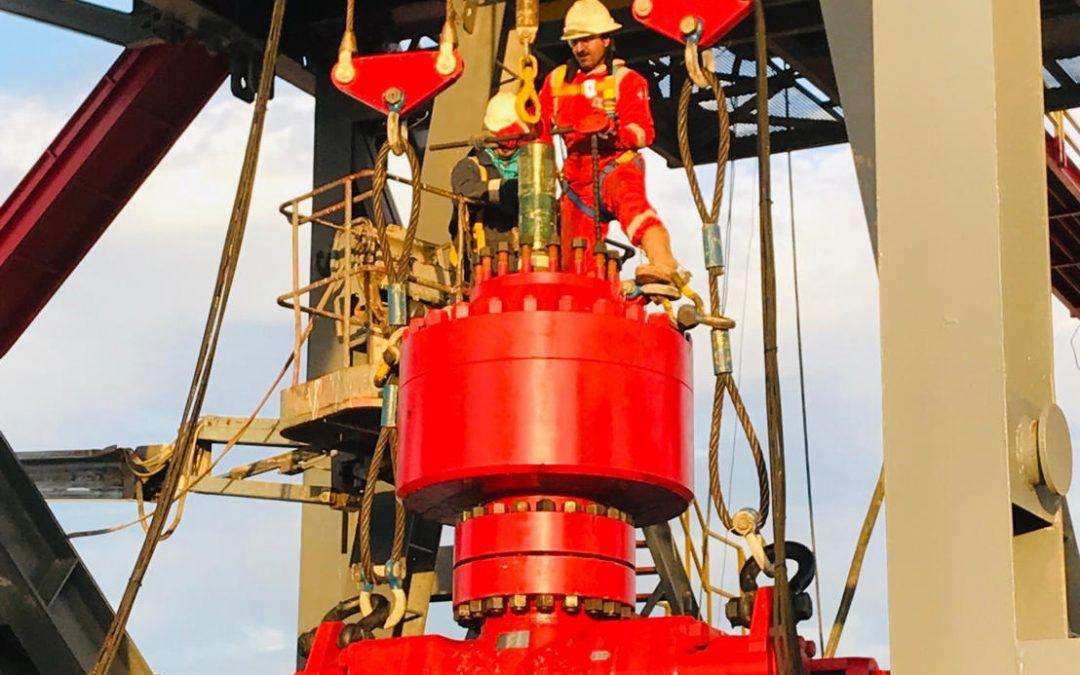 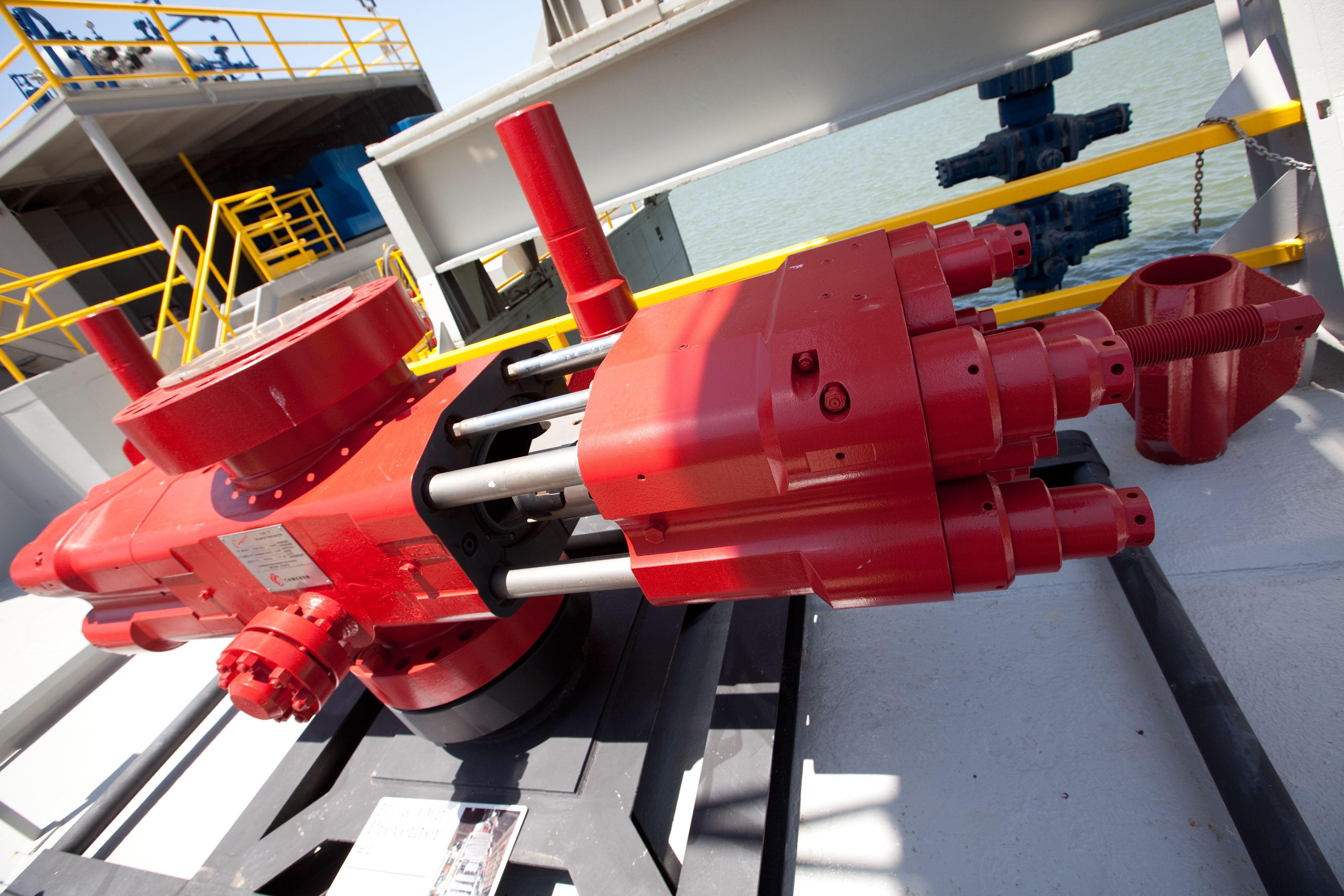 Blowout preventer:  below and in the middle three slide or shear steps, at the upper edge of the picture an annular BOP

A blowout preventer (BOP for short) is a series of shut-off valves that are installed directly above the borehole in an oil or gas well and that (mainly) serve to prevent a blowout .

The blowout preventer is the central safety element in deep drilling . The designation refers to both the individual shut-off devices and their combination to form the BOP stack ( 'BOP stack' ). This arrangement of stacked BOP steps can be over 10 meters high and weigh more than 200 tons.  The BOP valves are operated by powerful hydraulics .  The use of several valves also means a redundant design with a view to high functional reliability.

The blowout preventer is installed directly above the borehole. When drilling underwater, it is on the seabed.

If a blowout is imminent while the drill string is running through the BOP, the first thing to do is to activate slides, which are shaped to encircle the drill pipe or borehole casing and thus seal the annulus , the outer space.

The annular BOP fulfills the same purpose , in which an annular rubber element, which is compressed in the longitudinal direction, seals the space between the drill pipe and the inner wall of the BOP. The annular BOP is also used to seal the borehole during pressure measurements.

Should these mechanisms fail, there is another safety device: A stage of slides with hardened cutting edges ( 'shear rams' ) is intended to cut the entire pipe rod through the BOP and thus ensure the seal under all circumstances. If the BOP is free of continuous pipes, the 'shear rams' can also serve as normal gate valves.

Depending on the area of ​​application, blowout preventers are subjected to function tests at different time intervals.

Often oil disasters are closely related to a failure of the BOP.

Blowout preventers are products at the limit of the design for the loads to be expected.

Technical articles have often questioned whether BOPs are actually strong enough to cut the drill string. A 2004 study commissioned by American federal agencies found that only 3 out of 14 oil platforms had sufficiently strong BOP shear stages.

In particular, the 'shear rams' are not necessarily designed to be able to cut the drill pipe at its connecting elements.